Our Raspberry Pi weather station demo has been upgraded. The system has been enclosed in a box and cables have received threaded cover layer. Two DS18B20 external temperature sensors have been added, one of them can be removed if needed (by a DB9 connector, with custom soldering). Three buttons have been added for adding interaction for exhibition visitors. 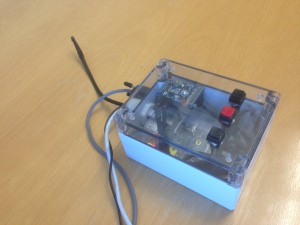 Originally there was a start-up script that was needed to run as root after the system started. This was unpractical in demo usage; just plugging the power is much more convient. The startup script was moved to /etc/init.d/weatherstation, seen below:

We tried starting the script by using rcX.d method but but for some reason it did not work. Therefore a line

was added to /etc/rc.local and that did work.

The Raspberry Pi does not have a real-time clock onboard, instead it emulates it using software. If left without power for some time, the clock isn’t accurate anymore. This is problematic as secure UA connections require that the devices have their clocks synchronized (with minor offset allowed). Currently the Pi is keeping it’s clock up to date using ntp, but that’s not practical in demo usage where ntp server might not be present. As a future improvement, we will use the real-time clock that is available on the PiWeather board.

The address space of the server has several variables corresponding to the weather measurements, 3 Booleans for the buttons and 3 temperature readings. Internal Temperature uses the PiWeather board’s internal sensor. External Temperature uses sensor placed outside the box. The internal temperature is of course a couple of degrees higher than outside of the box, due heating from the proccessor. Outside Temperature variable will display outside temperature as soon as we figure out how to put the sensor outside. There is also a Humidity and Pressure variables, displaying the data from PiWeather board’s internal sensors. All variables provide history data. 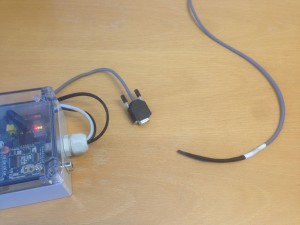 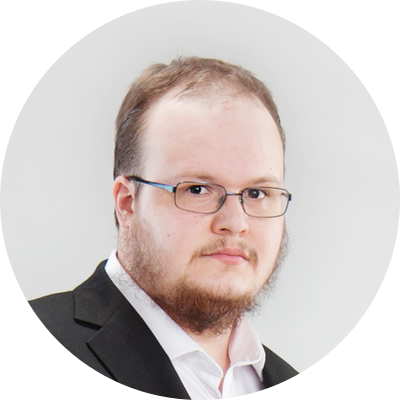 How to address the hardening changes that will be enforced to Windows DCOM Security in your applications.

Learn how OPC UA and Open Industry 4.0 complement each other.